Letters to Lola: Stuck in a Rut 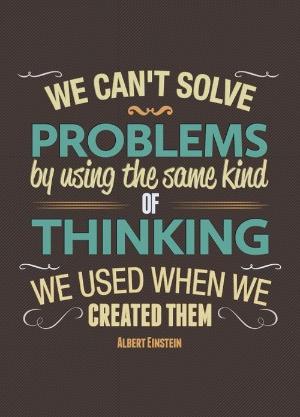 I’m going to regret telling you this when you start driving, but I was towed out of our driveway TWICE today. Yes, within a five hour period, I (who actually thought I was a good driver until today) got stuck two separate times and had to call two separate tow trucks to help get me out.

The first time was annoying. I was taking you to an appointment, and all the sudden my tires started spinning. I thought “no big deal” and was determined to get it going again. We had things to do, places to be, and I wasn’t going to let this stop me.

In the five years of owning my car, I’ve grown to know it and read it very well. Ahem… at least, that’s what I thought.

“Well,” I thought, “this stinks, but we need to get to that appointment! It’s time to put some elbow grease into this situation!”

I ran to our garage and pulled out the biggest shovel and bag of salt we had. I dug the snow out around each tire, poured the salt, and got back in my car fully confident I’d drive right out of that mess.

Nope. I just dug big muddy ruts with my tires in the process. I eventually got out to assess the situation and it looked like complete mayhem. Sliding tire tracks, skid marks, hastily shoveled out holes, random salt patches, and mud everywhere. Kind of embarrassing.

I finally gave up, unsnapped your car seat from the car, and headed back to the house. My determination and ingenuity felt more and more deflated with each step.

It was a rare time in my life where my hard work and quick thinking didn’t get me out of a situation. That’s always worked in the past.

So I called AAA and got a tow truck out to tow me out onto the road. I headed to our appointment and had no problems getting there or back. But then, I turned into our driveway and immediately started to slide again… almost in the same exact spot!

Again, I thought I could figure it out. The other time surely must have just been a fluke. I couldn’t possibly get stuck again. In the same spot. In my own driveway.

This time, though, I wasn’t just annoyed. I was furious. Furious at the snow. Furious at my car. Furious at myself for getting stuck again. Furious that I couldn’t figure it out. Again.

I called another tow truck to come get me. But this time was different. The tow truck driver was talkative. At first I was too furious to listen. I was too focused on getting my car out of these stupid ruts. Ruts that I had created.

But the more he talked, the more I could tell he was a car buff. He started asking if I had ever used the paddle shift option on my car. He said it could work wonders in this kind of weather.

Really, dude? You’re talking to a gal who calls this car her second home. But, no, I hadn’t used the paddle shift. I actually didn’t know it even had that option.

After he pulled my car out of the ditch, he asked if I wanted to drive it down our driveway to the garage or if I wanted him to. The hard-headed, determined, slightly feminist me wanted to say “no thanks” and hop in my car and do it myself.

But me doing it “my way” is what got me into trouble in the first place. Maybe it was time to learn a new way. So, much as it hurt my pride to say it, I told him he could drive me to our garage.

Once in the car, he taught me how to use the new option on my car. I couldn’t believe it, but it actually worked. When the wheels started spinning in the slick spot that sent me off the drive twice before, he shifted down and eased right past it.

No more sliding, no more reverse and forward, no more frustration, and no more ruts. I learned a new way, and therefore got new results.

So, keep this in mind: You can’t solve problems by using the same kind of thinking you used when you created them. That goes for any kind of rut, physical, mental or just a ditch in your driveway.